HBO’s ‘Lovecraft Country’ Thrives on Fear and Comments on Power

Written by Super User on 07 August 2020. Posted in Observer 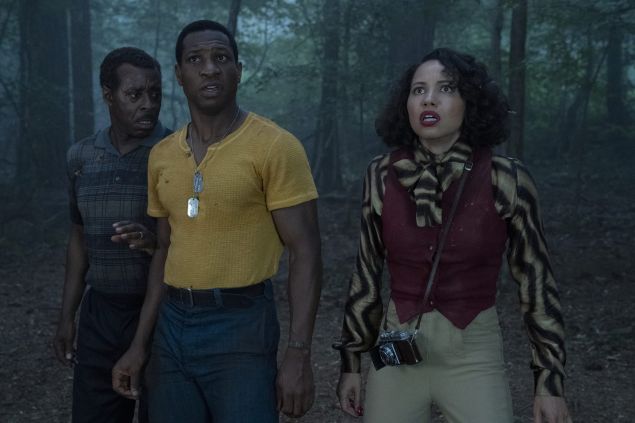 “Stories are like people,” Jonathan Majors’ Atticus “Tic” Freeman says early on in the first episode of HBO’s Lovecraft Country. “Even when they aren’t perfect, you just try to cherish them and overlook their flaws.” “Yeah, but the flaws are still there,” he’s answered.

At a time when narratives centered on Black Americans feel more relevant and important than ever, Lovecraft Country—debuting Sunday, August 16—is distinctly displaced from time in a good way. In the five episodes provided to critics, the series careens through the past and present to collide head on with the future. At no point, however, are our most glaring flaws glossed over. Lovecraft Country is about the reclamation of power through the unearthing of buried truths.

Based on Matt Ruff’s 2016 novel of the same name, Lovecraft Country—overseen by showrunner Misha Green (Underground, Sons of Anarchy)—is nominally about Atticus, his Uncle George (Courtney B. Vance), and his friend Letitia (Jurnee Smollet

) as they embark on a road trip across 1950s Jim Crow America in search of Tic’s missing father (played by The Wire’s Michael K. Williams). But that public synopsis barely covers a fraction of the story’s true scope and intention.

It’s a family drama that asks what we are willing to do for our freedom while questioning what freedom truly means. All the while, this tale is draped in the trappings of supernatural horror. Eat your heart out, Stephen King.

Littered with literary references from H.P. Lovecraft and John Carter to Dracula and The Count of Monte Cristo, Lovecraft Country is an unabashed celebration of genre. The pilot, directed by White Boy Rick filmmaker Yann Demange, begins with a surreal fever dream of war where the battlefield is overtaken by UFOs, the cosmic entity Cthulhu and a baseball bat-swinging Jackie Robinson. It’s all sorts of crazy weird that often feels like one of the old pulp serials our protagonist Tic loves to thumb through.

As a show partly inspired by Lovecraft’s works, the series fittingly wrestles with racism and prejudice, an often-overlooked pockmark on the writer’s legacy. His deplorable views seep their ways into the show’s surrounding characters and societal structures in both historically accurate and otherworldly ways.

Our sense of reality is composed entirely on assumptions, the show posits in its first episode. So what happens when those assumptions are proven to be false? When confronted with the impossible, how do we respond?

“I thought the world was one way and then I find out it isn’t and it’s terrifying,” Smollett’s fierce Letitia “Leti” Lewis says in the third episode. “But I won’t live in fear.”

Yet fear is what Lovecraft Country thrives on. Every exchange is coded in sub-text, every hint at danger stinging as more of a threat. White privilege of the era masks a secret society with an insatiable hunger to consume and control, which stands as a parallel to colonization and systematic racism throughout history. Lovecraft Country is packed with symbolism and metaphors to be decoded and deconstructed within the atmospheric world of terror Green has created.

The show features nods to 1980s adventure movies such as The Goonies, Cronenbergian body horror and classic 1930s monster movies. But while exciting and satisfying to die-hard genre fans, the series runs the risk of fragmenting itself too severely.

Early episodes cover the road trip from hell before giving way to a haunted house nightmare and then a horror-filled version of a National Treasure-like hunt for a mysterious MacGuffin. Serialized elements strewn across what can be considered somewhat self-contained stories. Individually, they hold the power to thrill, terrify, and entertain. But I’m left wondering how, or if, these pieces can come together over the back half of the season, even as this quasi-episodic structure is the creature of design.

“What drew me to adapting the book for TV, as opposed to film, was the chance to do a Goonies-style episode, then sci-fi, then mystery, then a ghost story; go bananas and reclaim all of those storytelling styles for characters who’ve typically died at the beginning of those stories,” Green said[1] in a recent interview.

While Lovecraft Country wastes no time delving into its specific brand of supernatural storytelling—remember that gonzo opening scene?—it could benefit from a touch of patience when doling out these genre elements. Sorcery, exorcisms, monsters and ghouls are introduced perhaps a bit too casually before racing to the next plot point. At times, it’s dizzying, especially when you’re left feeling in need of a bit more explanation and background on key elements of this ambitious tale. It excitedly embraces what has become the dominant form of storytelling[2] in mainstream entertainment, sometimes too overeagerly.

What helps to keep all the chaos controlled—aside from standout performances from Majors and Smollett—is a vibrant soundtrack that is nothing less than scintillating. Lovecraft Country is a full-sensory experience featuring a mix of 1950s era music, hip-hop, spoken word poetry, and found audio. Where else can you hear period appropriate crooning, voice over from the 1950 film The Jackie Robinson story, Ntozake Shange’s 1975 poem For Colored Girls, Gil Scott-Heron’s poem Whitey on the Moon and Cardi B? It’s musical metamorphosis with distinct cultural identity at its center.

Lovecraft Country looks to reclaim the genre space for creators and performers not typically invited to the party. In that way, it has echoes of Get Out, the feature directorial debut of Jordan Peele[3], who also happens to serve as an executive producer alongside J.J. Abrams[4]. In doing so, it becomes a melting pot of creative influences, inspirations, and homages. A serialized pseudo-anthology playing the greatest genre hits of the last century. 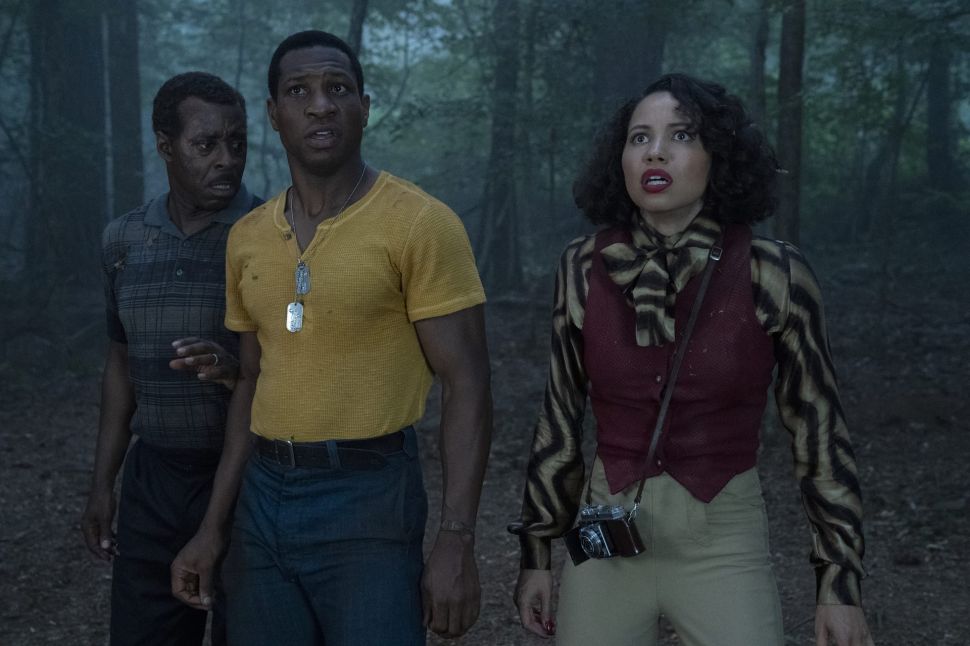 Read about how to make more money posting stories like this using dotifi domains https://observer.com/2020/08/hbo-lovecraft-country-review-jonathan-majors-jurnee-smollett-bell/